The intercity coach system of Amtrak Thruway motorcoaches operates to connect Amtrak train stations to areas of the USA not served by it’s network of railways and is operated by Amtrak-owned coaches, taxi services, and local bus routes. The passenger is able to buy their Thurway Motorcoach and train tickets from Amtrak for the entire length of their journey and all connections are timed to offer guaranteed and reliable transfers between the two services. Due to it’s size and limited rail infrastructure the largest network of Thruway coaches operates in California but Thruway coaches also operate along popular and well-established rail corridors to add extra capacity when required. 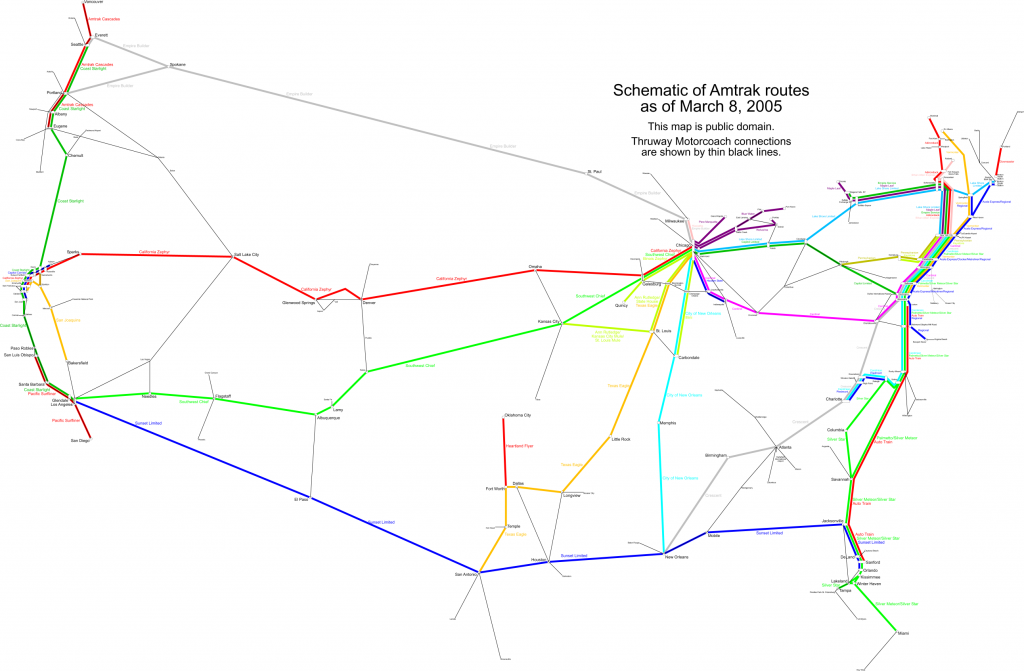